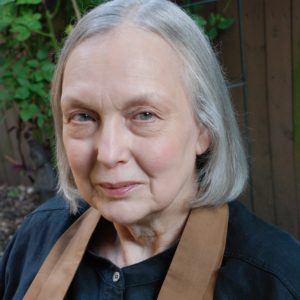 Pat George has over thirty years training in Zen Buddhism. She was given permission to teach by Barry Magid in 2004, and opened the Zen Center of Philadelphia in January,2005. Pat studied at Zen Mountain Monastery in Mt. Tremper, New York, with John Daido Loori for many years as a lay practitioner and for six years as a resident and monastic in training. Since then she has studied with Barry Magid in the Ordinary Mind School founded by Charlotte Joko Beck. On November 14, 2009, Pat received full transmission in the Ordinary Mind School from Barry Magid. Pat was educated at the University of Delaware, Brown University, and New York University. A single mother for many years, Pat has mostly worked as a teacher, writer, and editor. 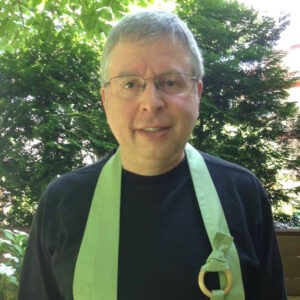 Bob Koller teaches and practices Zen in the Ordinary Mind School, at the Zen Center of Philadelphia, having been given permission to teach by Pat George in a Denkai ceremony in 2014. He is a graduate of Binghamton University, and has a Master’s Degree in Social Work from Washington University, with a long career as a medical social worker. He completed the Buddhist Chaplaincy Training Program at the New York Zen Center for Contemplative Care, and has served as a hospital chaplain. He is a long-time board member and former president of the Philadelphia Buddhist Association. He is married with a grown daughter and has three grandchildren.

Peter Nichols was a student of Bernie Tetsugen Glassman and John Daido Loori in the late 1980s and early 90s. Later he practiced with Pat Jikyo George from whom he received Dharma transmission in 2022. He is a husband and father, a retired writer-editor, and a teacher at the Zen Center of Philadelphia. 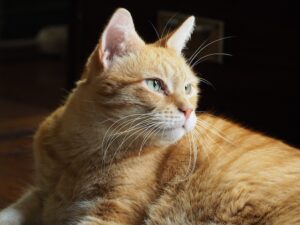 Oliver is the zendo cat at the Zen Center of Philadelphia.